Toutes les collections
🇬🇧 For Artists & Representatives
Get ready 🚀
🇬🇧 What budget should I invest on my Groover campaign?

🇬🇧 What budget should I invest on my Groover campaign?

How and how much to invest to optimize your results

You are looking to promote your music to curators, radios, record labels and pros available on Groover but you don't know which budget you need to invest in order to maximize your results? You're not the only one!

You are not going to need to call your bank to make a campaign on Groover, however we have noted a strong correlation between the number of contacts chosen and how campaigns succeed, the satisfaction of the artists once they're finished and the results obtained. Target well the relevant contacts also has a high impact!

After 2 years of Groover being alive, the platform's data clearly show that the most successful campaigns on Groover were all sent to more than 30 contacts (60 Grooviz), and most of them more than 50 contacts (100 Grooviz).

How much do I need to invest in my Groover campaign in order to lead it to success?

As said above, the most successful campaigns on Groover almost all comprise more than 50 contacts (100 Grooviz). The # of curators / pros chosen will of course depend on your music style and your targets, but with more than 1,000 curators / pros currently active, you risk to be spoiled for choice (though filters can help!) 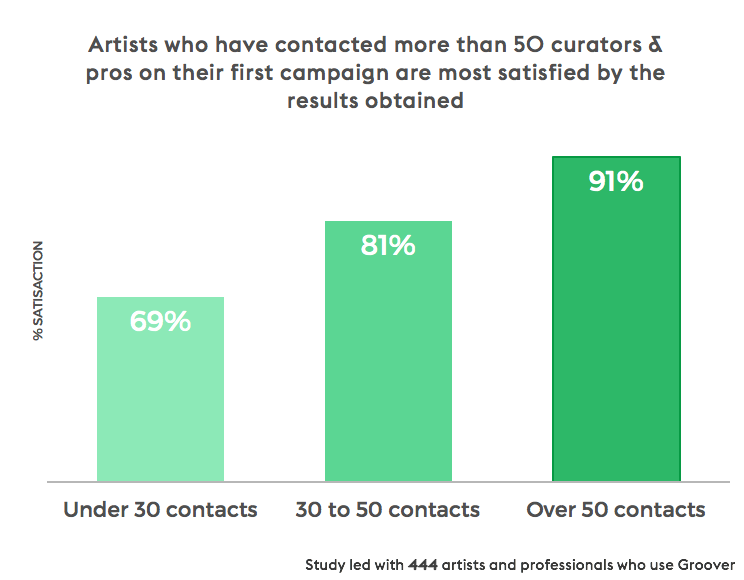 To help you prepare your campaigns, we have set up special packs with interesting discounts which can help you spread your contacts while optimizing your budget. If you're still asking yourself "What are those damn Grooviz??", come here ;)

Depending on your budget:

If you've got time but a limited budget: you can choose between a tailor-made campaign, very precise. In that case the advice, filters and information on the profiles of the curators / pros can help you set it up while fully optimizing your budget. Of course there's a learning curve on Groover: the more you'll send campaigns, the more you'll be experienced and know how to target well.

If you haven't got much time but a comfy budget: you can opt for a more global promotion strategy when your track is released, which can help you benefit from a close-to-immediate booster and get your music heard to more people rapidly ;) The filters can be very useful to help you save time in your selection process. We have noted that the most successful campaigns on Groover were almost all sent to more than 50 contacts (100 Grooviz), often more. Try things out, test the waters on less conventional targets can be a winning bet 😉

Depending on your targets:

Are you an independent artist releasing a single?

For your first Groover campaign, we advise you to start with the Mariah pack (€94 for 110 Grooviz = 55 contacts) which will allow you to get in touch with a significant number of contacts (media outlets, playlisters, radio stations etc.) to obtain real results!

Have you planned several releases in the months to come?

In that case, you can choose the Freddie pack (€240 for 300 Grooviz = 150 contacts) which will multiply your possibilities and reach. Important reminder: Grooviz never expire, so you'll always be able to use them several months later.

Do you represent many artists with recurrent releases?

The Freddie pack (€240 for 300 Grooviz = 150 contacts) and the Michael pack (€380 for 500 Grooviz = 250 contacts) are the most relevant for you, with respectively an 20% and a 24% discounts which will allow you to multiply the opportunities obtained for your artists while saving money at the same time. If it's not enough for your Groover appetite, you can get in touch with us on contact@groover.co for even more special offerts 🍰 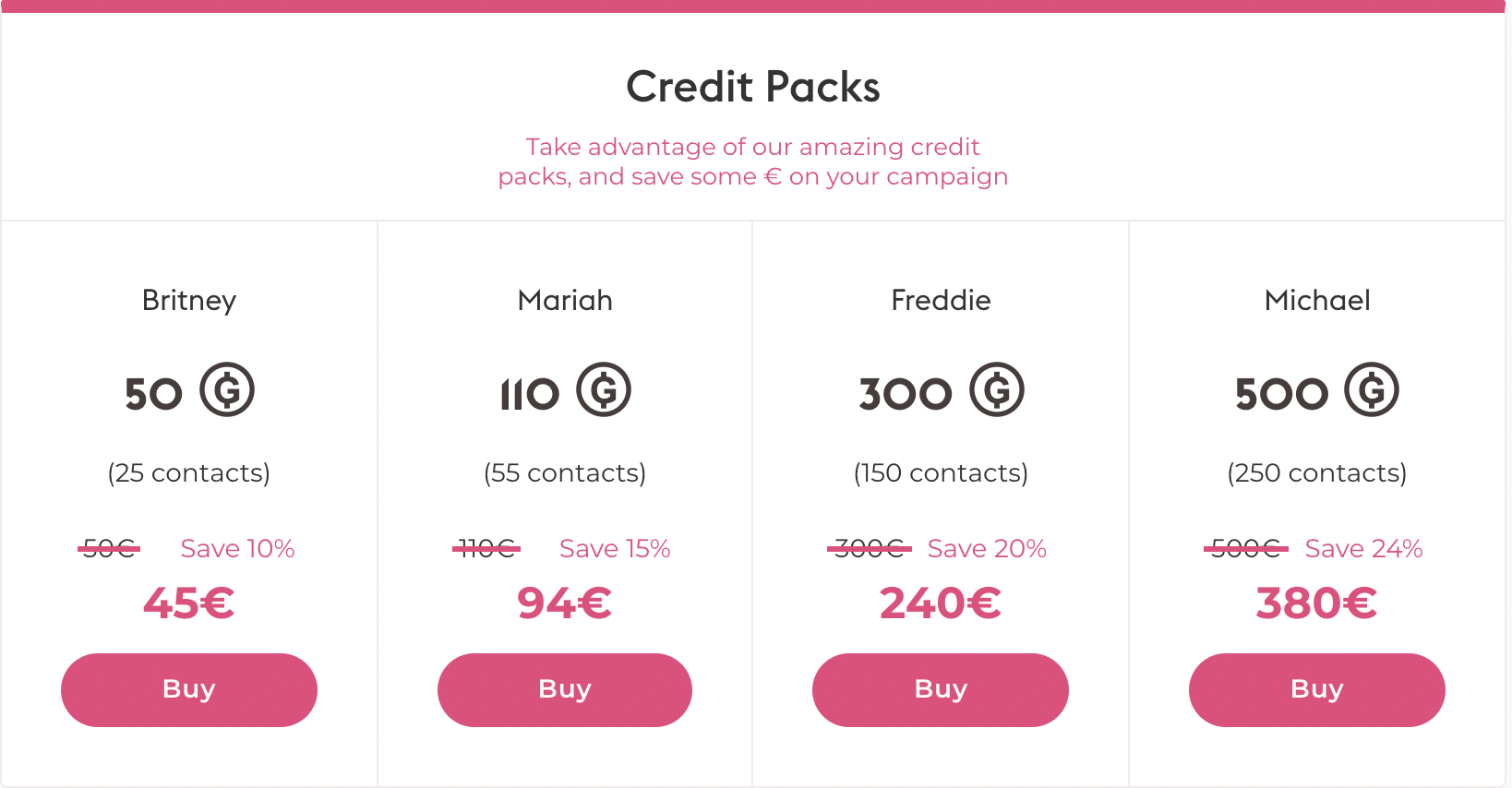 To sum it up

🎯 A good targeting according to your goals and your musical universe, while keeping an measured appetite for risk (😛) is also important to maximize the impact of your campaign

To go further, you can read our Groover Blog article about finding the sweet spot for your global music promotion budget

Are you ready? Send your track on Groover 🚀

If needed, don't hesitate to have a look to this short guide to get started easily on Groover ;)