🇬🇧 What is a "Demo" on Groover?

A "demo" is a track that isn’t finalized and that was produced by the artist themselves.

A demo’s goal is to be improved and wrapped up before the release. For instance, if you have a track that’s not mixed or mastered yet it can be considered a demo. By essence, the recording of a demo isn’t final but we advise you to send music to industry pros that puts you in a good light.

Why should I specify that my track is a demo?

If the production of your track is not finished, it’s important to tick the ‘Demo’ box when you fill in the info on your track at the beginning of your campaign because it’ll let the contacts know that it’s not the final version of it. Displaying that your track is a demo shows the pros that you’re still thinking about changing things in your song and that you know some aspects can be perfected or improved. If you have ticked that option, the tag 'Demo' will be displayed below the title of the track when you send it to pros and media. 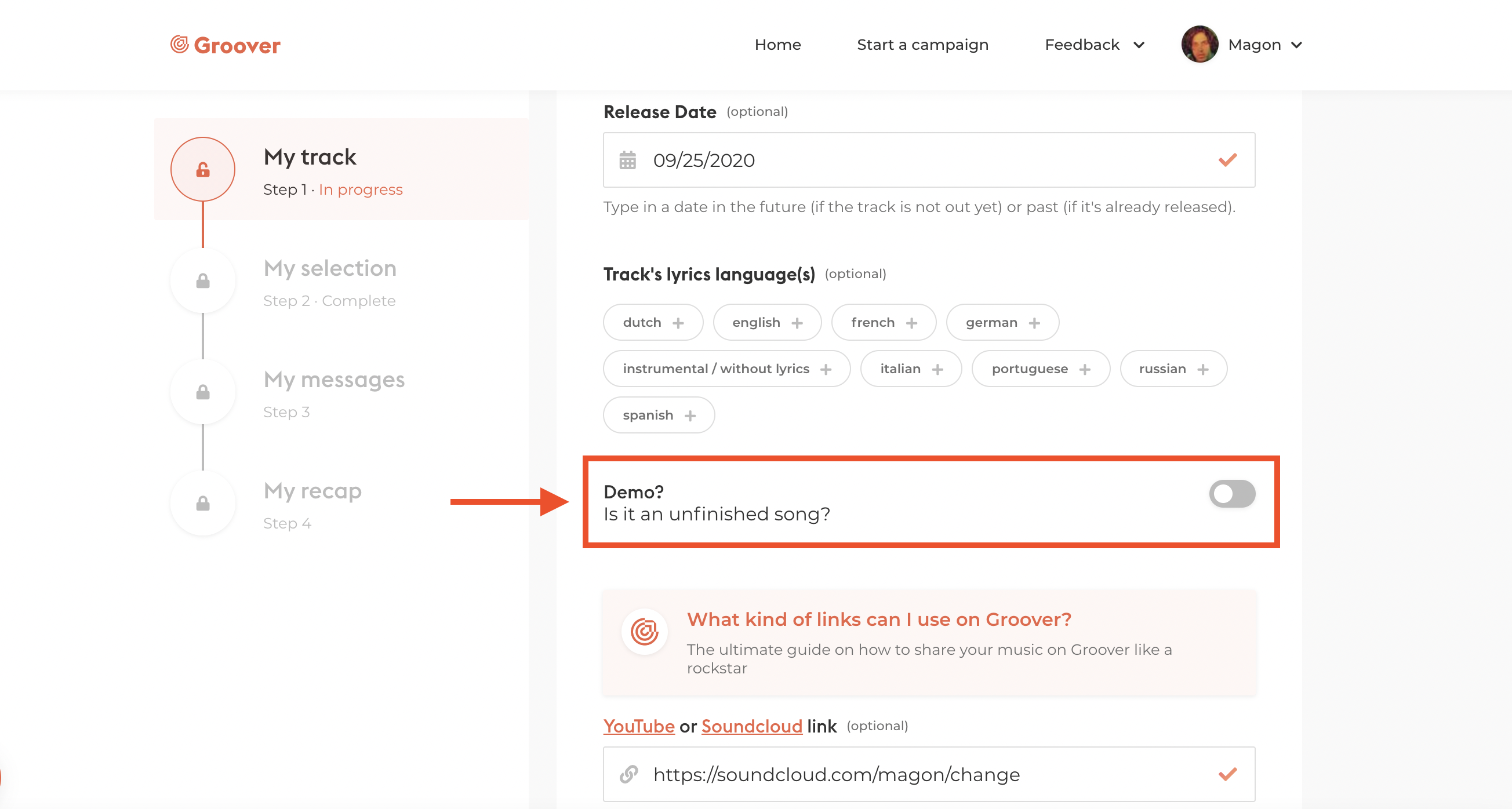 Ticking "Demo" generally means that your general target on Groover is not yet to get visibility but either to get advice or build your entourage. Sending demos can be interesting when you're looking for new partnerships with labels, publishers or managers for instance. They’re also very handy when you contact a mentor or sound expert on the platform as they will be able to give you advice on the production or your project as a whole. 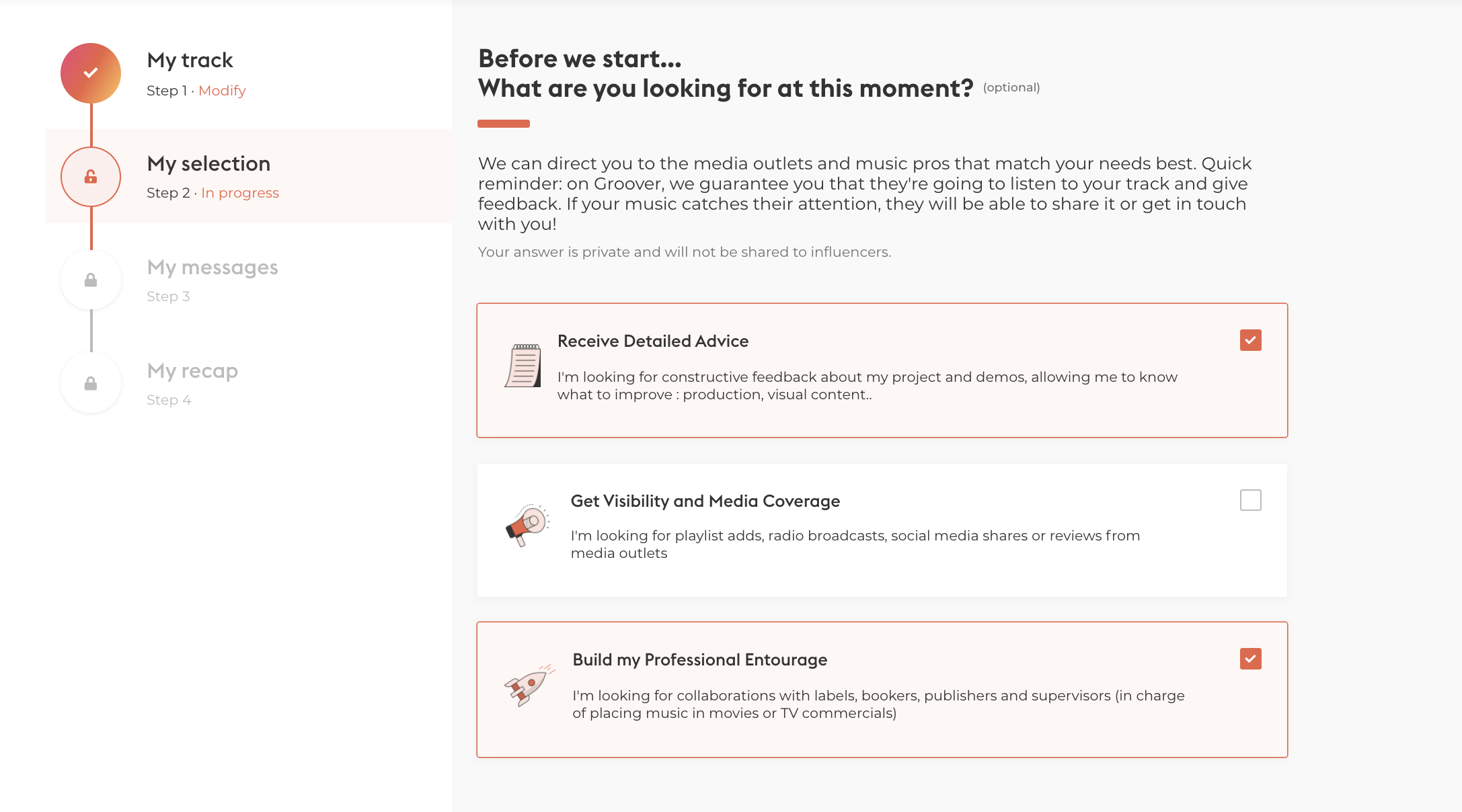 What’s the point of sending a demo on Groover?

Demos are super useful to receive advice and guidance on the track itself without having to edit everything because it’s not 100% finished. The advice you’ll receive can help you get to a stage in quality that you might not have been able to get to without.

Other pros will be attentive to projects which are not released and, by definition, your demo is not released yet. It’s a good opportunity to build potential partnerships before the release date.

To know which pros are into receiving demos from artists, you can take a look at their preferences on their profile. Some have indicated whether they like to receive demos or not.

Don’t hesitate to watch our video guide to help you send your track for the first time on Groover.